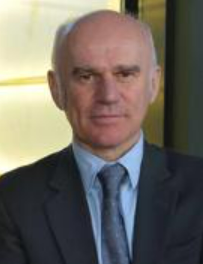 Graduated in Civil Engineering at the Politecnico di Milano and qualified to the profession. In 1985 he began his career in the family-run company Sematic Spa, now part of the Wittur Group, a world leader in elevator components. Over the years he has held various positions within Sematic until becoming CEO and Chairman of the Group, expanding the company globally. In 2014 he was one of the founding members of the Istituto Tecnico Superiore Lombardo per le Nuove tecnologie Meccaniche e Meccatroniche of which he is still a member of the Steering Committee. He is a member of UNI’s technical bodies and a delegate in CEN and ISO technical bodies and an expert in innovation in the field of mechatronics, industry 4.0 and IoT. He was president of Confindustria/ANIE/AssoAscensori in 2014 and of ELA-European Lift Association in 2018.